So far I have shared all kinds of challenges we have faced in starting out on this homeschool journey. I don’t want to give the impression that it is all a challenge. We have a lot of awesome happening here! So much happened  that I am just so grateful to have experienced with my little man today. If I were working outside the home (believe me working moms, what our at home sisters say about the work is real), I would have missed so many moments. So here are a few really cool things that happen when you decide to homeschool. 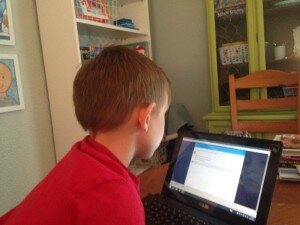 1) I realized that I am not a terrible math teacher.

I totally rocked out some great math explanations and we showed Red Bird Mathematics who was boss this morning (after we got over ourselves about an initial mistake). We high-fived, we showed muscles. We may or may not have danced a little.

Since I was young I have believed that I was terrible at math. While we are only doing 2nd grade math right now, I was worried that I would not be good enough at explaining things to my buddy. I put that myth to bed today. I am an AWESOME 2nd grade math teacher, so far. If it sounds like I am bragging. I am. I am ridiculously proud of this. 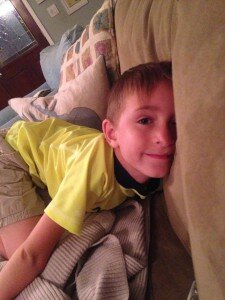 2) Reading is done cuddled up on the couch.

My buddy and I love reading. He is like me in that he reads quickly and recursively. We started reading Roald Dahl’s, Matilda. Though we started the novel together, he has since gone on to read the whole thing (probably twice), but he still humors me when we talk about each chapter. We can’t make predictions, because he doesn’t want to spoil it for me. I love cuddling with him and reading because he is getting older and may not want to cuddle for longer. The best part was that he said we were the opposite of Matilda’s parents because we loved him and love to read.

We are in the car several times everyday whether we are on the way to the beach or gymnastics. As a long-time fan of podcasts and audiobooks, I had been used to listening to my favorites when I was in the car by myself, but now that I have my co-pilot with me most of the time, I have started looking around for some kids podcasts. We use the Podbay app and have been listening to Brains On! lately. The episode “Bright Lights, Big Sneezy” was one of our favorites so far.

It’s not that we talk about the actual episodes that much, but they make him question and remember other things he has learned and wants to share with me. It has a pretty good theme song that we like too.

We will be adding some audiobooks soon, too. We’re still debating what title to choose.

So, I love the movie, Guardians of the Galaxy and the soundtrack is awesome. We have pretty much been listening to it non-stop for about two weeks. Today, when I Want You Back came on, we danced around laughing and spinning. He was reading, and I had been packing for our upcoming move, but we both stopped to have fun together and it was perfect.

These are the moments that I was so longing for when we made this major life change. Though I have no doubt that we will continue to have moments that are challenging along the way, we are finding our path with joy and love. You can’t ask for better than that.

Last Thursday I got a real treat. The Gymnasium was nearly empty for J-Man’s gymnastics class, which is pretty rare. Usually, I can barely see him through all of the other classes, much less hear him and his teacher as they discuss the finer points of the different tumbles. This time, I had a clear shot the parent bleachers and what I saw gave me hope in the face of some recent struggles.

J-man is gifted intellectually and what that often means is that he has become accustomed for things to be easy for him. He struggles with challenges and mistakes. Earlier in the week, he was helping me label some boxes for moving and misspelled a word. He lost it because it was permanent marker. He couldn’t deal with this mistake. This has been pretty indicative of his reaction to imperfection. On this day, though, I watched him attempt a cartwheel and fail. He tried again, and he failed again. And again. And again. He then asked his teacher if he could try again. And failed to keep his legs straight and swing them over. Why would this make me happy? He did not get upset. He asked questions, and asked to keep going. I could not have been more proud than if he had channeled Mary Lou Retton and cartwheeled the whole length of the gym.

We have been doing our best to help J-man develop a growth mind-set. This means encouraging J-man to focus on developing skills and not focusing on outcomes. As a former IB teacher I have been familiar with the IB attitudes in the Primary Years Programme. Students are encouraged commit to working through the difficulties of a task and come up with multiple solutions rather than placing the emphasis on getting the right answer to that multiple choice test. We try to stay away from comments like, “Wow, you are so smart!” in favor of comments like “I love how you stuck with that, buddy! Look at what you can do when you keep at it!” But, we are FAR from perfect. Carol Dweck is the guru of the “growth mindset” framework. Here she is giving a TED talk about believing in growth.

When J-man started to read early, we were known to exclaim about how amazing he was and how proud we were of him. I’m afraid we were contributing to a fixed mindset, focused on achievement, instead of focusing on the process and effort. This can be problematic because he was in those high growth years where his brain was forming dendrites and making connections. He started to connect achievement with praise. JoAnn Deak talks about this in Your Fantastic Elastic Brain. Learning comes easy in the early years, but the challenge is if they are learning bad habits at this time it is hard to break them and create new ones.

To help us with this process of focusing on growth rather than product, we created this info-graphic to hang in our work area, available on Teachers Pay Teachers. It emphasizes the things that students and parents can say to reframe their thinking.

While we probably have a long way before J-man will feel comfortable making a mistake, at least now we have some fertile ground to plant seeds. Oh…and the cart-wheel? On Monday, just three short days later, he executed a series of perfect cartwheels with beautiful straight legs and stuck the landing. Mary Lou would be proud!

What we call ourselves is a hot debate in any tribe. My family has a strong Cherokee heritage and I cringe every time some one says Indians and they are not referring to the people from the country of India. I don’t like Native Americans either, as this wasn’t America when they came here. I actually prefer the term First People. At times I have been accused of being too PC (that’s politically correct). People say that what you call something doesn’t matter, it is the intent behind the words that really counts, but I was an English teacher, a word-smith as one of my former professors liked to say. As such, I know the power of words to not just reflect and express our thoughts, but also to shape meaning and create mutual understanding. What we call ourselves and others reflects what we believe and it shapes who we become.

I say these things because initially this blog was going to be about unschooling, and now I am not sure that is the best term for what it is we are doing.  The terminology used by homeschoolers and unschoolers can mean different things to different people as I am learning on our journey. If you, like me, are new to this journey, it might be helpful for you to learn some of the background and terminology.

People have been teaching their children at home since the dawn of time. It wasn’t until compulsory education was mandated that teaching at home needed a name and a movement. John Holt was a writer and a teacher who wrote a series of books beginning in the 60s on how children do and do not learn. According to his biographical website, “Holt originally called “unschooling.” Unschooling—learning that doesn’t look like school nor has to happen at home—is an effective way to work with, not on, young children and teenagers to help them learn.” As time went on, Holt became more and more disillusioned with public schools and lost faith in school reform, though he did not doubt their good intentions. Holt started a movement of parents who were wanted an education for their children that not only aligned with their values, but also met the individual needs.

There seem to be three movements in the homeschooling community.

Schooling at Home is not a term I have seen everywhere, and truthfully I forget where I first saw it, but essentially what it means is that children are learning in basically the same way as they would at school, but they are at home. These families purchased pre-made curricula and take a very conventional approach to education. They may be schooling at home due to religious reasons, distance, or other life situations.

When people say they are homeschooling, I have found that they are doing any number of things to make sure their children are learning. These could be taking children to homeschooling co-op classes, buying a curriculum, or designing a learning program around the child’s interest. The key difference here from unschooling is that the adult maintains at least a degree of control over the direction of the learning.

Unschoolers themselves lead the learning. Parents of unschoolers have mastered the art of trusting in their child. Unschooled children tend to have the freedom to make more decisions on what, how, and when they want to learn. The parent is the facilitator of the knowledge, not the giver.

So. With these highly rudimentary definitions in mind, I am not sure what to call us. I don’t think we are unschoolers yet, and I know we aren’t schooling at home. I am guessing we are somewhere in the homeschooler area. We’ve sat down and set some goals together (I definitely did not know he wanted to learn how to juggle), but I am still guiding most of the learning. Maybe I should say we are still finding our flow. Maybe what we are is Flowschooling? You heard it here first, kids.

Here are two amazing resources I came across in putting this post together.

I am a stay at home mom after 18 years of being a public school teacher. I am the mom of J-Man, the sometimes wild, inquisitive, monkey-child. I have spent so much of the last seven years focused on work that I feel like I have missed out on being the kind of mom I have always wanted to be. I am a natural born risk-taker, so it was time to take the big leap. Let's bring the school home and let the world be our teacher. Let's strike out for the territory and really live life! Read More…

© Momschooled, 2021. Unauthorized use and/or duplication of this material without express and written permission from Momschooled is strictly prohibited.